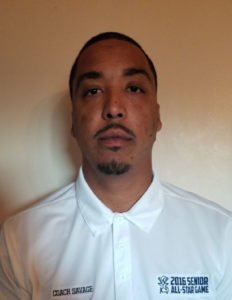 Brandon Savage is the Delaware Lacrosse Director for Raw Lacrosse.

Born and raised in Dover, Delaware, Coach Savage began his lacrosse career in 2004 as a player for the Dover High School lacrosse team, where he received First Team All-Conference and Third Team All-State honors. In addition, he was awarded First Team All-Conference and Second Team All-State as a player for Dover High’s soccer team. He went on to play lacrosse for Greensboro College in North Carolina in 2008, where he developed his game and increased his knowledge of the sport. Coach Savage switched roles in 2010, and began instructing as an Assistant Varsity Coach specializing as an Offensive Coordinator for his Alma Mater, Dover High School. After four years with Dover High, he was hired as the first varsity Head Coach of the Lake Forest High School program. In 2016, Lake’s second year with a varsity program, Coach Savage received the Henlopen Conference Coach of the Year award after the team went 11-4. Since then, he has taken on additional roles, including becoming an Instructional Coach at DE Turf.